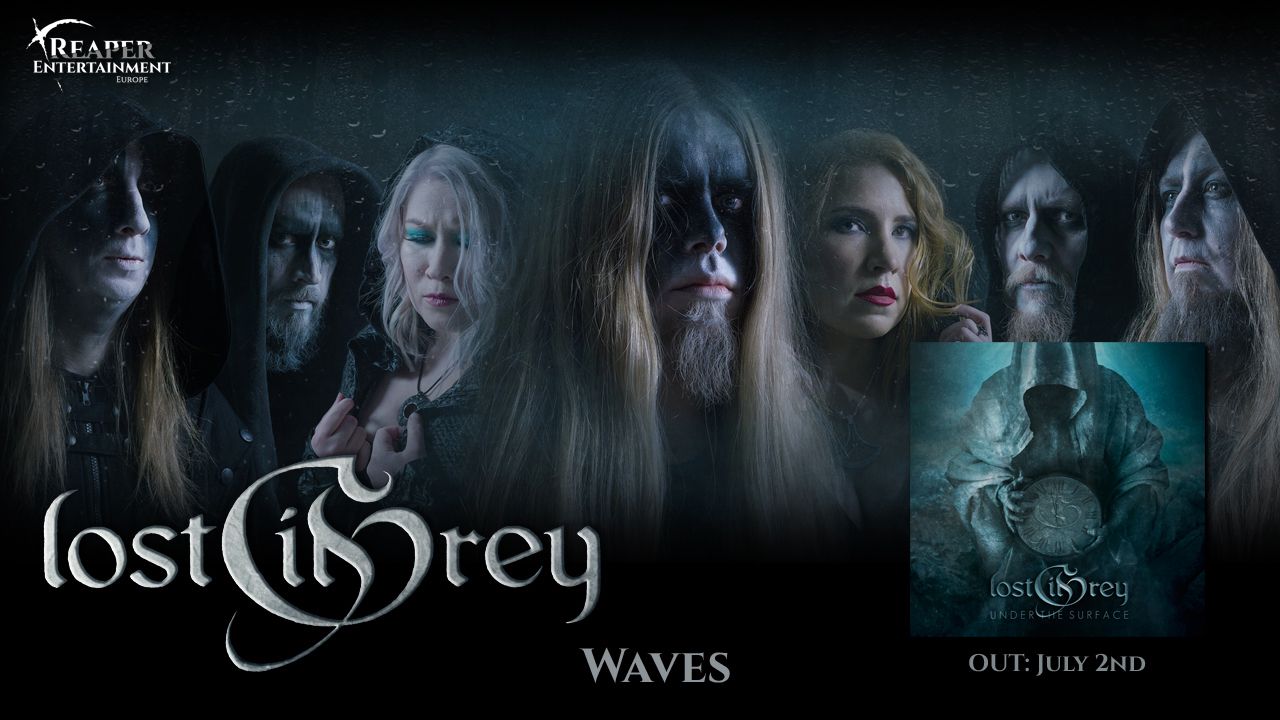 We proudly present the second digital single "Waves", taken from the upcoming 3rd album 'Under the Surface'. The song is available on every major streaming platform and the official music video, directed, filmed and edited by Teppo Ristola, can be seen here: https://youtu.be/fm64U03l3vc

The band states:
“Greetings all thee!
Whilst sailing the stormy seas of life we face some ups and downs. At times we may lose faith that we’ll ever find a shore, and all we can do is scream out our fear and anger. At times we may simply enjoy the sunshine and adventure. Thus we invite you to hop on board and come sailing with us on the “Waves”.
Yours sincerely, Lost in Grey”

Teppo Ristola states:
“I wanted to make the music video emphasizing the rock part of Lost in Grey without losing the theatrical side of the band. It felt logical to start off following the rougher base of the song; bass, rhythm guitars and drums. The song itself practically wrote the video, so in that sense making it was a rather fast and effortless process. I think this track summarises what the renewed Lost in Grey is all about.”

In recent years these theatrical metal pioneers have proven to be one of the most promising and inspiring acts coming from the Finnish metal scene, electrifying their audiences through their versatile musical storytelling and tremendous sound.
Now Lost in Grey invites you to dive with them "Under the Surface" where music and stories dance hand in hand, and everything is possible. Get prepared for a twisted rollercoaster ride through storms and tides - spiced up with some sparkles of stardust.

The tracklist of "Under the Surface":


The album was produced and recorded by Harri Koskela / Grey Realm Studio, mixed by Juhis Kauppinen / Shedstudios and mastered by Daniel Hagström / Finnvox.

About LOST IN GREY
The Finnish theatrical metal band LOST IN GREY was founded in 2013 by composer, vocalist and
keyboardist Harri Koskela and lyricist and vocalist Anne Lill Rajala. What originally was planned to be
merely a short-term project soon grew into a band. Inspired by a large variety of musical genres,
literature and the world itself, Lost in Grey creates multifaceted music bringing elements of drama
to their songs as well as live performances. Now the band is on the verge of unleashing their 3rd
full-length album UNDER THE SURFACE in summer 2021 via Reaper Entertainment Europe.
Followed by the previous album releases, THE WASTE LAND (2019) and THE GREY REALMS
(2017), both which claimed great responses from audiences and media, this new album takes another
giant leap towards even greater musical adventures. The vocalists Emily Leone, Anne Lill Rajala and
Harri Koskela play the main characters within the overarching story on the albums, and bring a very
own touch to it through their diverse voice talents.

We use cookies on our website. Some of them are essential for the operation of the site, while others help us to improve this site and the user experience (tracking cookies). You can decide for yourself whether you want to allow cookies or not. Please note that if you reject them, you may not be able to use all the functionalities of the site.